USA Bocce is the welcoming home to the 25,000,000 active bocce players and thousands of bocce clubs and leagues at country clubs, parks, hotels, business parks, bars & restaurants, bocce venues and homes — all across the country.

250+ of America’s most exclusive country clubs have very active bocce leagues. Gen X, Gen Y and Millennials play on thousands of league teams weekly at bars, restaurants and hotels in cities all across America. Park bocce clubs and leagues are exploding everywhere, attracting every age imaginable — from 20-somethings to senior citizens.

There is significant revenue for country clubs, restaurants/bars, hotels, parks to be generated from bocce clubs and leagues.  A prominent beach club in Pacific Palisades, California generates $375,000 yearly from food/beverage sales at bocce leagues and events.  A coveted country club in Danville, CA generates $475,000 yearly from a cocktail/sandwich shack next to their 4 bocce courts.   Neither of these figures includes meaningful ancillary financial and experiential benefits to a club.

Here’s the big hole in the boat.

Until now, there hasn’t been a governing body with an interest in, or on-going relationship with any of these clubs or organizations.

An unmet demand exists for the following fee-generating services:

USA Bocce’s customers/clients are the bocce clubs at country clubs, park programs, hotels, restaurants/bars that are at the center of the accelerating growth and popularity of the game of bocce.  Clubs are the engine that create experiential value for their club members.

A strong bocce club program at a country club, bar, hotel or park:

USA Bocce.  Accelerating this extraordinary sport into the future. 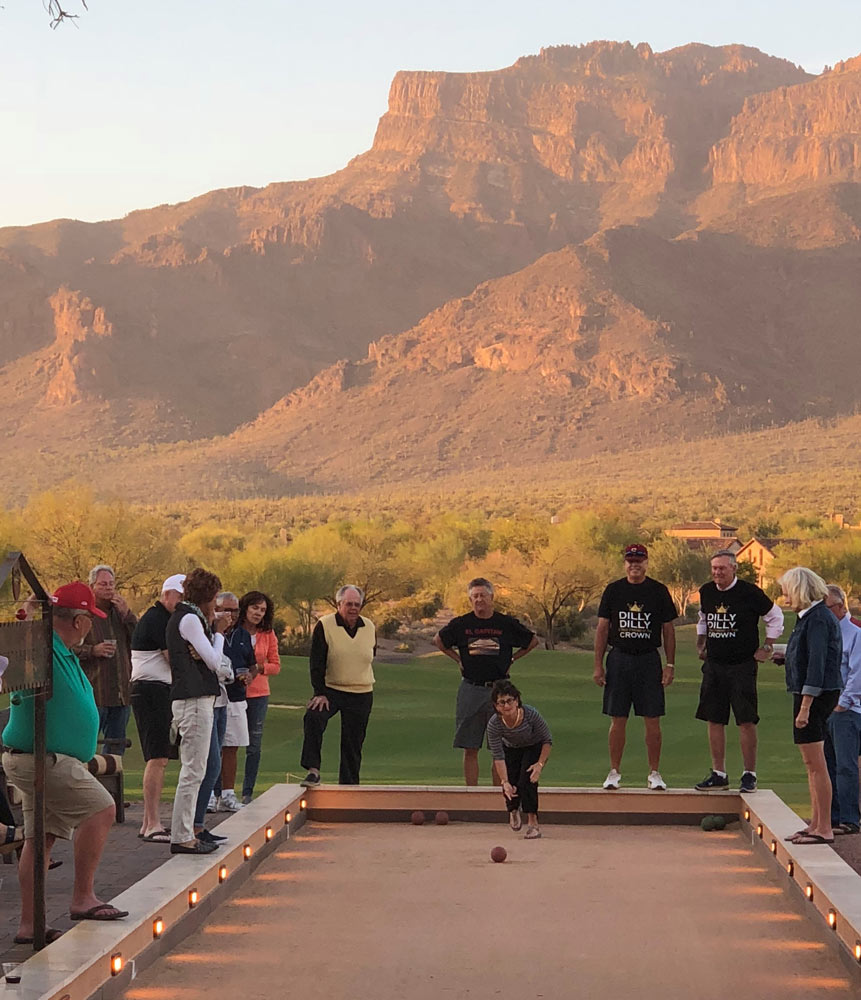